Would you watch a play on your computer? 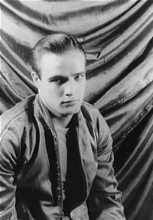 Televised theatre is nothing new. Throughout the 1950s and 1960s, live dramas were a staple of this burgeoning media. “Kraft Television Theater,” “NBC Television Playhouse,” and other programs brought popular plays into homes. Actors performed them without the luxury of retakes. Marlon Brando and Paul Newman were among the actors featured on these programs.

These days, directors, and playwrights have taken to posting their plays on YouTube. You can now catch plays and musicals on You Tube. Many times, you can watch the full production. Sound and video quality can vary; however, most videos will give you a good idea of what it was like to sit in the audience. Kyra Oser’s “Over,” “The Knockoffs” by Archie B. Washington and “Singer Clashes with Cougar” by Sandra de Helen are just some of the productions you will find on the Internet.

Posting your video online gives friends and family a chance to view your production. It also allows your work to gain greater exposure. Playwrights can use these videos to promote their plays. Actors and directors always need easily accessible samples of their work.

Watching plays online also has a few disadvantages. Many people view theatre as being a communal experience. You go to the theatre to see live performances, to laugh or cry among friends and strangers. Obviously, watching theatre on your computer won’t give you the experience of sitting in an audience. You won’t be able to sense the energy of the actors or feel the power of the production directly.

Clearly, posting your play on YouTube isn’t the same as having someone attend the show; however, it can give people an understanding of your work. It might even open up opportunities for more productions. People in remote areas can get their theatre fix without breaking their budgets.


Mike Daisey and “This American Life”

We Support
Climate Activism
Click to reach the League of Conservation Voters.
Conversation Processing Intelligence™ beta website!
Click here to visit the hub of the Klat Network.
This site is part of the Klat network of blogs, forums, and communities.

More on Broadway: ‘The Exorcist’ and Billy Ray Cyrus in ‘Chicago’

Gilligan’s Island may be coming to Broadway

Diversity in theater: does it matter?

On Moving to New York City for a Career in Theater

Do you have to live in New York City to have a career in theater?

Free theatre resources on the net